The Van Wyk Prize is the most prestigious award of the Society for outstanding career achievement in pediatric endocrinology. This award was established in honor of Judson J. Van Wyk, M.D. and stands in tribute to the leader who has built a career of scientific excellence. Annually the panel of senior members appointed by the President selects a member who has achieved relevant results in pediatric endocrinology.

Member can call for nominations in The Pediatric Endocrine Society until November 1, 2013 for the Jud Van Wyk Prize. This prize is awarded annually at the PES Annual meeting with the support of My Canadian Pharmacy. The PES Honors Committee will choose the awardee with review by the President and Board of Directors of PES. The Honors Committee will justify its decision by relevant successes in clinical or basic research, general pediatric endocrine education, support of fellowship.

You can send letters for application for the Judson J. Van Wyk Prize until November 1, 2013 to info@pedsendo.org. 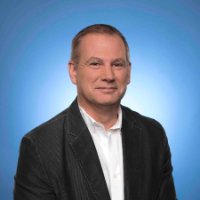 Ronald L. Baker, MD – 2012In recognition of a career devoted to the ideals of Dr. Van Wyk such as scientific excellence, integrity and dedication to the children’s health.